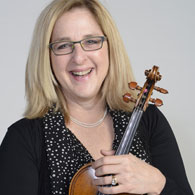 was principal violist in Orchestra New England and assistant principal in The New Haven Symphony, and was also on the music faculty at Southern Connecticut State University. She is the founder and director of Veretski Pass, a member of Budowitz, The Youngers of Zion with Henry Sapoznik, has performed with Kapelye, The Klezmatics, Frank London, Klezmer Fats and Swing with Pete Sokolow and the late Howie Leess, Margot Leverett and the Klezmer Mountain Boys, and The Klezmer Conservatory Band.

Cookie has presented lecture demonstrations and workshops on klezmer fiddling all over the world and is a regular staff member at Living Traditions' KlezKamp, Klezmerquerque, KlezKanada, KlezCalifornia, Klezmer Festival Fürth, Klezfest London, and has been a performing artist at Centrum's Festival of American Fiddle Tunes in Port Townsend, Wash.

She was featured on the ABC documentary, “A Sacred Noise”, heard on HBO’s “Sex and the City”, appears in the Miramax film, “Everybody’s Fine” starring Robert De Niro, and heard on several recordings including the Veretski Pass self titled release, Trafik, and The Klezmer Shul, Budowitz Live, the Koch International label with Orchestra New England in The Orchestral Music of Charles Ives, Hazònes with Frank London, A Living Tradition with the late Moldovan clarinetist, German Goldenshteyn, Fleytmuzik with Adrianne Greenbaum, and Budowitz Live.

She is also the publisher of "The Music of..." series of klezmer transcriptions. Active as a Holocaust educator and curriculum advisor, she has been a frequent lecturer at the Women’s Correctional Facility in Niantic, CT. She is on the boards of both the North California Viola Society, and the American String Teacher Association, Bay Area chapter. Cookie lives in Berkeley, California with her husband, Josh Horowitz, 2 cats, a dog and her occasionally visiting adult children.