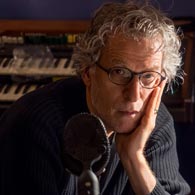 is Associate Professor and Director of Music Performance at the University of Virginia, where he also directs the UVA Klezmer Ensemble. He has been one of the leading figures in the international klezmer movement as performer, scholar, author and educator for over twenty-five years.

Rubin has led the Joel Rubin Ensemble, featuring Kálmán Balogh and Claudio Jacomucci, since 1994, was a founder of the pioneering revival band Brave Old World, and performed with Josh Horowitz as Rubin & Horowitz, as well as with the Epstein Brothers, Moussa Berlin, Daniel Kahn and the Painted Bird, the Klezmatics, Miriam Kressyn and Seymour Rexsite, and the Klezmer Conservatory Band, concertizing throughout Europe, North America, and Asia. He has held numerous residencies, master classes and workshops, and coached ensembles throughout Europe, North America, and Israel since the mid-1980s.

Rubin has recorded numerous CDs, most recently Poyln: A Gilgul with Veretski Pass, and Azoy tsu tsveyt with acclaimed pianist and composer Uri Caine. He also performed on the award-winning recording Alpen Klezmer by Andrea Pancur and Ilya Shneyveys. His music can be heard in several films, and his most recent research is on klezmer in contemporary Germany. He furthermore wrote and co-authored many ground breaking books on Klezmer.